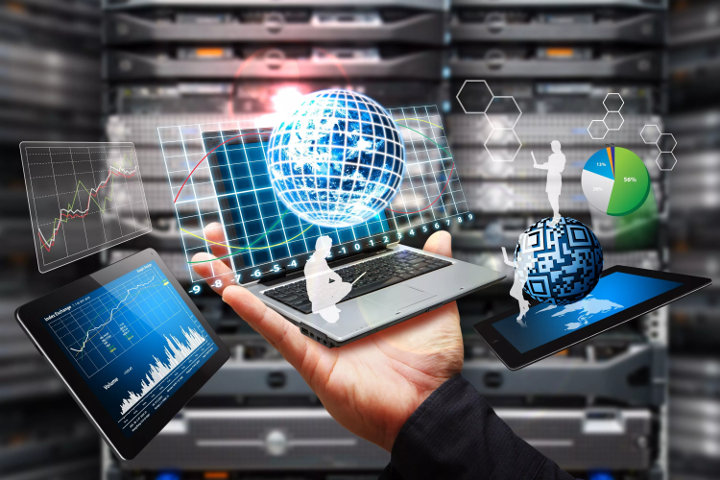 Stage 1: “manual” (until the second half of the 19th century). Here you can see how information technologies have already appeared. Their primary purpose is to transmit information in the required format. A pen with an inkwell, paper and a book are used as tools. Letters, parcels, and dispatches were sent by horse mail, and also by mechanical telegraph in Europe.

Stage 2: “mechanical” (the end of the 19th century – 1940s). The IT task becomes more complicated to the beginning of the 20th century: now information must be delivered in the most practical ways, and it also requires reducing the cost of correcting losses and deformation. A distinctive feature of the second milestone is mechanized devices, among which the phone and typewriter stand out. The Postal Service is improving its delivery methods.

Stage 3: “electric” (1940s-1960s). The third stage began in the post-war period, and it gradually began to shift the goal of IT from the format of sending information to improving its content. There are computers, large and lamp-shaped, copiers and portable recorders, and typewriters are now electric.

Stage 4: “electronic” (1970s-mid of 1980s). The fourth stage focuses on the organization of the analysis in the work and the formation of the content of IT for the management sphere as a whole. Important tools here are computers and automated control systems, as well as information retrieval systems with a variety of software systems. The period allowed us to gain experience in completing the content of information and prepare a reliable basis for moving to the next stage of the evolution of information technologies.

Stage 5: “computer” (mid of 1980s – mid of 1990s). The fifth milestone is characterized by improving the individualization of automated control systems, creating support systems for decision-making in management with embedded analytical abilities and the beginnings of artificial intelligence. The main equipment is a personal computer with a set of different programs. Technical devices are switching to a microprocessor base.

Stage 6: “network” (early 1990s). The sixth stage is currently only being established and is the last stage in the development of information technologies. Computer networks are beginning to be actively implemented in the spheres of technology, science and business, both on a global and local scale. Commerce is switching to an electronic format.